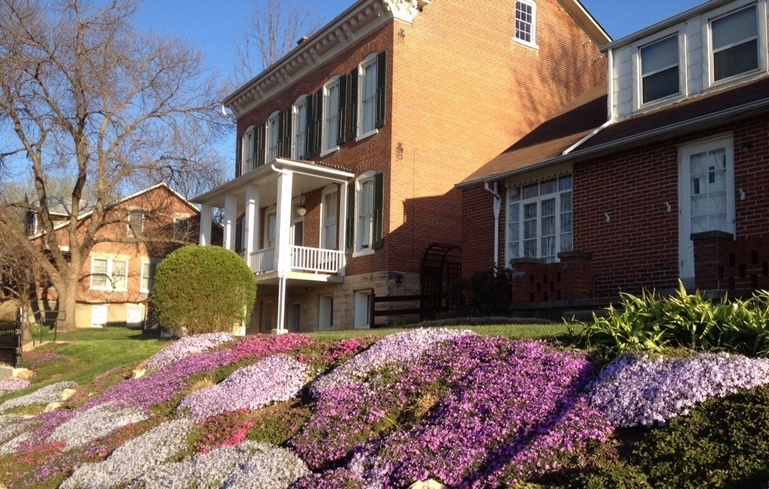 The term Deutschheim (Deutsch = German, Heim = home) was used by early German writers to describe Missouri during the period 1820 to 1860. During the 19th century, the eastern end of the Missouri River valley witnessed an extraordinary migration of German people. Influenced in part by Gottfried Duden in his "Report of a Journey to the Western States of Northern America," thousands of farmers, artisans, craftsmen, brewers, and winemakers migrated to Missouri along with intellectuals and political activists.

Eleven thousand acres of Missouri land were purchased and the town of Hermann was platted. The goal was to create a culturally integrated, self-supporting colony built around farming, commerce, and industry. This was to be the "heart of German-America" where the customs, language, and traditions of the fatherland could be transplanted into a New World setting, untrammeled by the upheavals and restrictions that prevailed in the German states.

Today, this German heritage has been preserved at Deutschheim State Historic Site. In 1978, a local preservation group, the Hermann Brush and Palette Club donated the buildings that make up the historic site to the Missouri Department of Natural Resources.