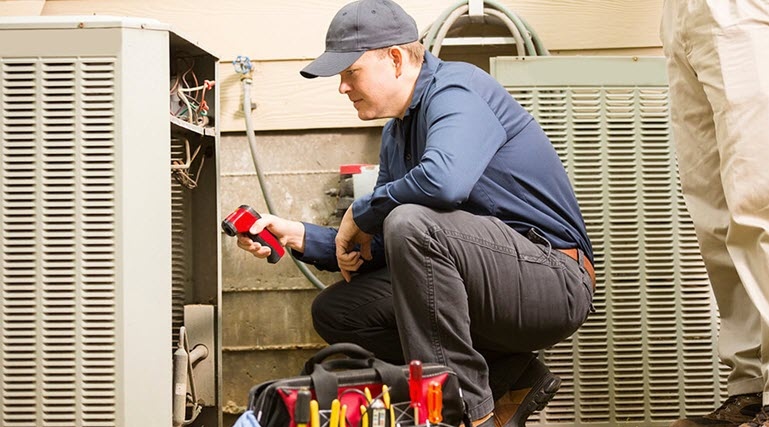 Grannemann's Sales & Service, Inc. has been family-owned and operated in Hermann since 1940. We’re a third-generation business offering outstanding heating, cooling, electrical and appliance services for all brands.

Ralph Grannemann Sr. started Grannemann Electric in 1940. He sold and serviced furnaces and air conditioners. Ralph also provided electricity and plumbing to most of the homes and businesses in and around Hermann.

Bob’s son, Chad Grannemann, and his wife, Adrianna, bought Grannemann Electric from Bob. They combined the two businesses, which are known as Grannemann's Sales & Service.