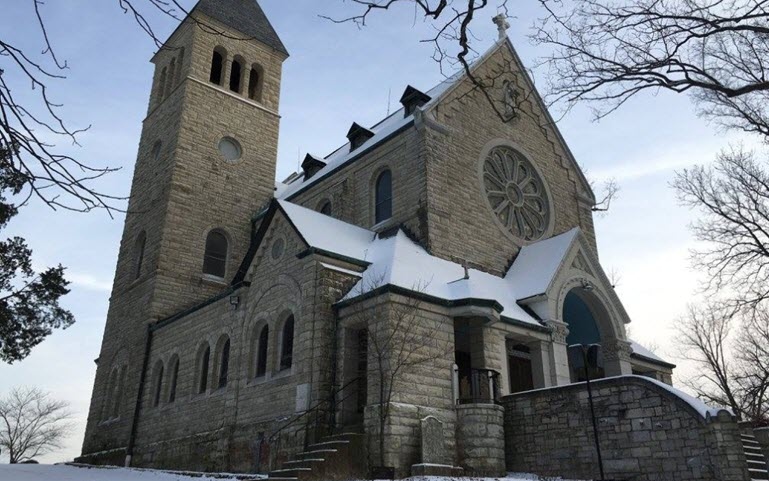 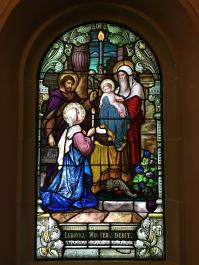 As the number of pilgrims continued to mount, it soon became necessary to build a larger chapel.  Beginning in September of 1900, Father Hoehn published a monthly magazine entitled, Der Pilger (The Pilgrim).  It was written, half in English, and half in German.  Collections for the new chapel began in 1902.  Many of the pilgrims subscribed to the magazine, which related work in progress and plans for the Shrine.  Proceeds from the sale of Der Pilger had amounted to several thousands of dollars, and this represented the beginning of the fund drive.

Blueprints for the new chapel were drawn by Professor Becker of Mainz, Germany, with Mr. John Walchshauser, an architect from St. Louis.  The new chapel was indeed a labor of love, a desire to build a monument fitting to honor Our Lady.  In 1906, the parishioners began to quarry stone for the chapel.  Soon large piles of stones were gathered from two quarries.  Many participated in the manual work, which was done mostly in the winter.  Supervising their efforts were John Schluess, Ben Koenig, John Pohlman, Henry F. Van Booven, Robert Elsenraat, and Frank Eikel.  Donating stone from their private quarries were William Bossman, August Daller, and Gerhard Koenig.  Mr. L. Van Beek and Mr. G. Overkamp donated rocks for the foundation from their hillsides.  The chapel was to be on the site of the original spot where August Mitsch had placed the White Lady.  The log chapel was moved on skids somewhat to the north of its present location.